So i've been really good at ignoring any father's day related posts that crop up in my reader-a quick click of the "next" button and it's on to someone's pretty garden or some snazzy stenciling work.   Successfully managed to buy my step dad a father's day card, and i say successful b/c i entered the store with the mentality that i was wearing those horse blinder things.  i was thisclose to actually walking around with my hands cupped around my eyes so i wouldn't come across any errant father related father's day card, but i didn't want to appear crazy.

There was already one of those huge air intake sob out loud breakdown things in Target as i registered a "To dad from your daughter" card in my periphery....i was only trying to go to a clearance end cap, for goodness sake, and was unprepared for such a sight.

But i sit here with tears in my eyes after trying to win a home depot gift card.

For entry into this particular giveaway, you had to say one of the traits your father passed down to you.  Well, crap.  Bring on the tears.  He was amazing at math (didn't pass that down) and had a head for numbers.  Anything could be made into a math problem with my dad, and i lived in fear of being put on the spot to add something quickly. Never has a game of Uno caused a young girl so much anxiety. Now toss out a fancy vocabulary word in every day conversation, that i could do, and that we had in common.  Word games and puzzle books travel on every vacation with me, and i attribute that to him.

For their entries for the gift card, people were writing in all these great DIY traits.  Well my dad didn't have even a pinkie's worth of diy in him.  What truly amazed him was the fact that S and I are doing all these things on our home, and i know he felt that i was provided for, and in good hands, with someone who could literally support us. My dad loved looking at all the improvements we've made, and with every task completed it's a double edged sword for me.  Of course i can't wait to show you all this basement progress that has taken years to complete, but god, how i wish i could see my father's face when the project is done. 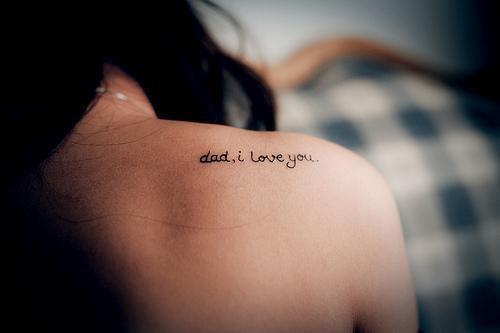 It's really hard right now.  I know i'm not the first person in their early 30's to lose their father, but this IS the FIRST father's day without him.  The following weekend is his unveiling (which in Judaism is the revealing of the grave stone), followed two months later with the one year anniversary of his passing.

I'm just trying to get by.
Posted by the cape on the corner at 7:07 AM

Oh sweet girl I am so sad for you. I know I lost my Dad in my 50's and it was hard but for you to lose your Dad this young I know is a soul wrenching thing. I think of you often and hope this next week and coming months will pass swiftly. A big hug, Linda

My best friend just had the 4 year anniversary of her father's passing and a month ago, another childhood friend, lost her father. Both by unexpected heart attacks. I truly feel for you and your struggles as you go through this tough time. I can only relate your sorrows with similar ones of my own, through the friends I have that have lost their fathers and the loss of my brother. It'll never get easier but as time goes on, which it will, you will be able to enjoy the fact that your father would have appreciated every little bit of DIY you put into your house, and how you will be reminded, in a good way, of him as you travel with the books or struggle with math. You have to hold on to those little memories. I've found that the little memories, those things that will catch you off guard that remind you of him or how you'd want to talk to him over something random, will be what you look forward to. A few months after losing my brother, I met someone that my brother would have loved meeting. I wanted to call him so bad but I couldn't. But I like to think that he's with me during those times and knows what I'm doing when I want to call him. Take care of yourself!

So my computer isn't letting me email people... so I'll respond here. We go tubing and hanging out on the water all the time. Normally it involves being neck deep in a lake, supported with noodles/tubes. We also pull a large intertube behind a boat or jetski and ride over waves. That's a lot of fun but can also wear you out since you're holding on with arms only!

I am sorry that these next couple of weeks and month will be hard for you. I will be praying for you. That you may be filled with peace, and may have some happy tears as you remember the great memories your father left with you! *Hug*

I can't even imagine. Sending you good thoughts right now.

Carol, The Answer Is Chocolate said...

Sending you lots of good thoughts and strength. My dad died suddenly when I was in my 20s. Before I was married. Before I was a mom. Before I even really had a clue what kind of adult I was going to be. The first year was the hardest. Every "first" milestone; his birthday, my birthday, Father's day, holidays, re-opened the loss. Somehow after that year, while it didn't get easier and it's been 20 years now and not a day goes by that I don't miss him, it somehow becomes something you can bear. For me, I started to see the things he and I shared and felt him with me. When my son was born, I saw him right there. But it was hard. I felt cheated that he wouldn't be there for all those major milestones in my life until I realized he really was. Right there in my heart with me. I didn't mean to ramble on so. Mostly wanted to say I do understand and it will become less raw.

I love how you remembered so many great things about him. This will be a tough Father's Day for you, being the first. However, your dad sounds like he was very proud of you and enjoyed all your accomplishments. That's what dad's do best, being proud of their kids. And he's still proud of you - I was in my 40s when I lost my dad, I was a late in life baby for my parents. Your memories of math and car games brought my dad right to the forefront of my thoughts - I always got math drills on car trips! Ann

I'm so sorry. It must be so difficult for you at this time. Thinking about you!

Aww girl, I'm so sorry!! I have been feeling the same way. I just don't have a "father" to celebrate with on this day. I'm treating it like any other day. I even got mad at my friend for saying she could not hang out with me because it was Father's day (her husband is a dad, and we had plans). I have been thinking of you. My invitation still stands if you have nothing else to do this Saturday. :)

Kara at Petals to Picots said...

Oh sheez, didn't know you were going to make me cry! hugs and kisses! It is hard to loose a parent - it leaves such a void! I am thinking he would be proud of you! Good luck with the projects!

You are in my thoughts and prayers. I lost my dad when I was 32 and I remember what a hard time I had with special days and holidays the first several years. I went from crying every time we spoke his name, to smiling and crying, then to smiling and just crying every once in a while. May you feel the comfort all your friends are sending your way!! {{Hugs}}

I'm really sorry-I know it must be terribly hard right now. My husband's parents are both passed away and it is bittersweet around all the holidays as we miss and remember them. Take care of yourself.

My heart breaks for you. I lost my mom over 20 years ago and mother's day sucks. My dad is my best friend and the day before Father's Day, I had to rush him to the ER. He is okay but I am worried since I will be heading out on a business trip. It is hard and I hope you are okay.