The sight lines were improved when this wall was partially removed, allowing for more light and more connection between all the spaces. 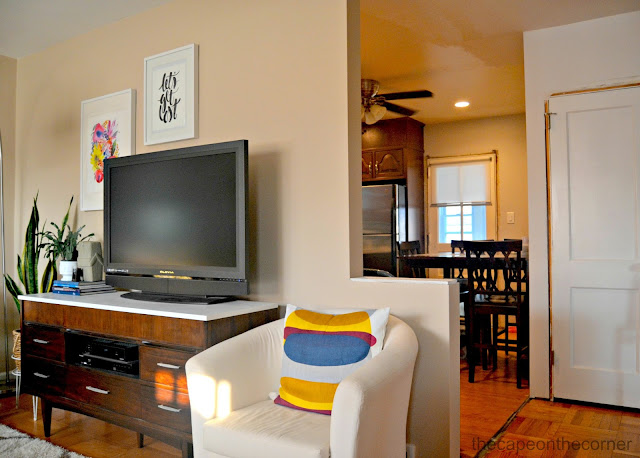 Hallelujah, can lights. Pot lights. Recessed lights. Whatever you wanna call them, we desperately needed them. It was so dark in here with the green walls and these cabinets, so we repainted the walls Sherwin Williams' Modern Gray. It's a very very subtle gray. Also, scrolly piece above sink is gone!

It's the small things. 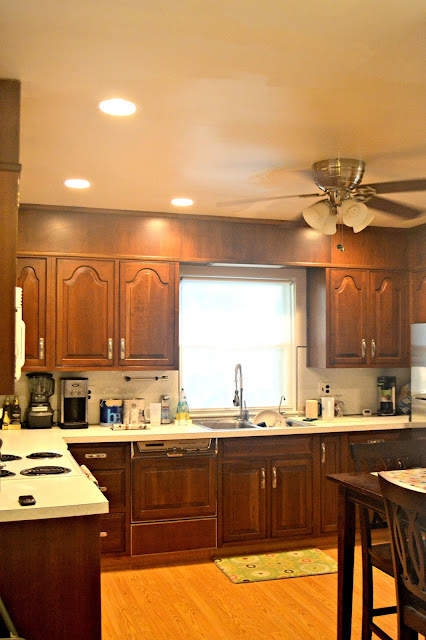 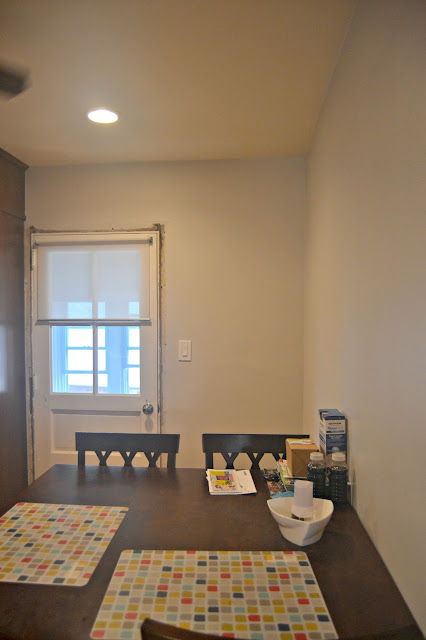 Added a light switch at the back door and removed it from right above the table. 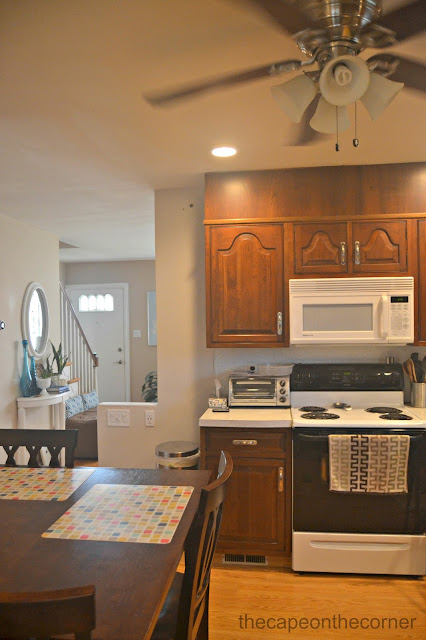 Love seeing the front door from here, when before it was completely closed off.

We got a quote from the cabinet maker for a trashcan cabinet, to be added where the current trashcan is. This would extend the countertop and be great prep space, as we are also losing the toaster oven.

Guess how much one cabinet would be.

Apparently, these are really good cabinets (which we knew, it's why we aren't replacing them) but we didn't know they were that fancypants. 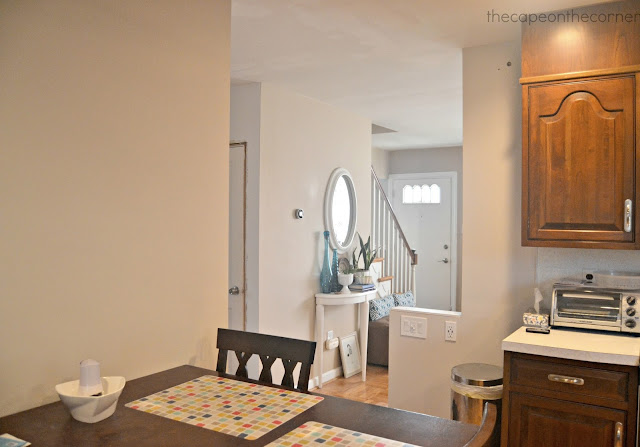 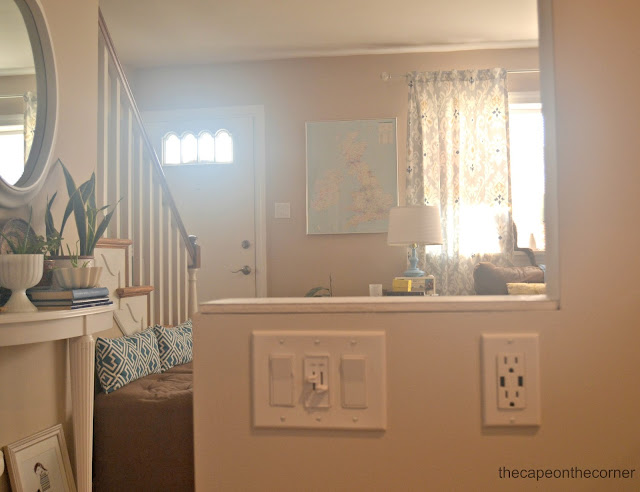 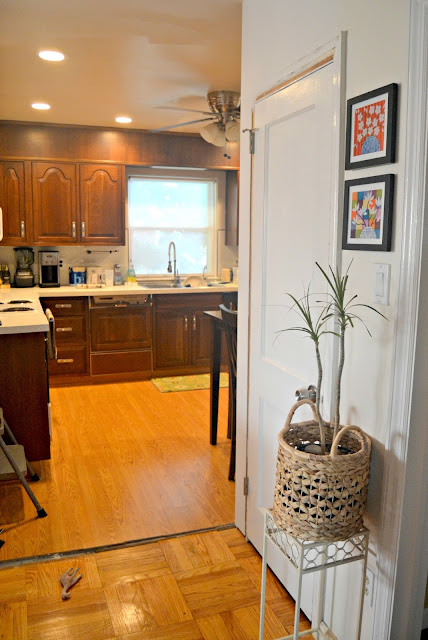 USB outlets, my one request, and the relocated light switches. This wall will be topped with the same counter tops as the rest of the space.

You can see the unevenness in the floor here between the kitchen and the vestibule.

I can't deal with this blog spacing, I hope it isn't deterring you from reading. It's deterring me from blogging, I can tell you that. Don't know how to fix it. 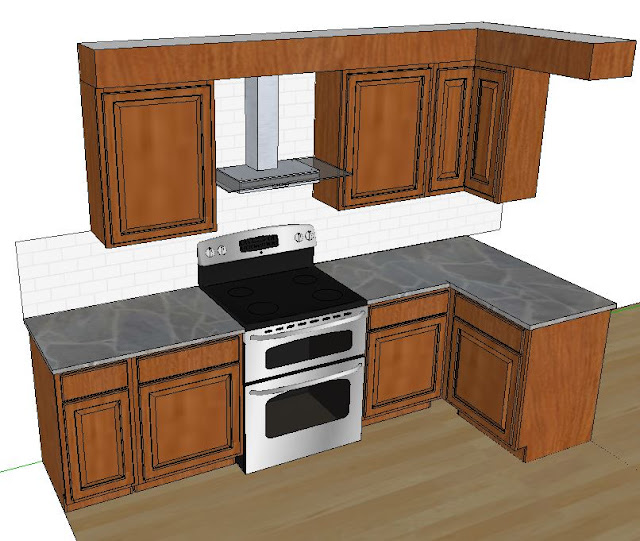 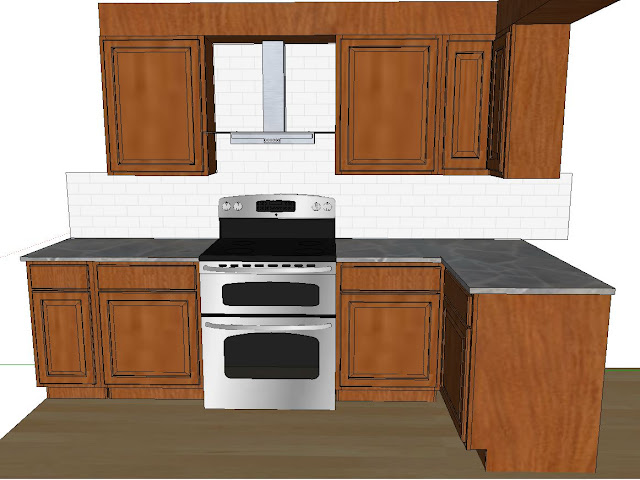 Realistic renditions of outcome.  I told the boyfriend before we ordered appliances (namely, the range hood) that i needed to see it in the space. He whipped these bad boys up, but i told him this wasn't realistic. But oh, how I wish it was. I wish we had square cabinet doors on top and bottom, not arches on the top. So he swapped out the squares so i could get the correct feel...and it'll do Donkey, it'll do. 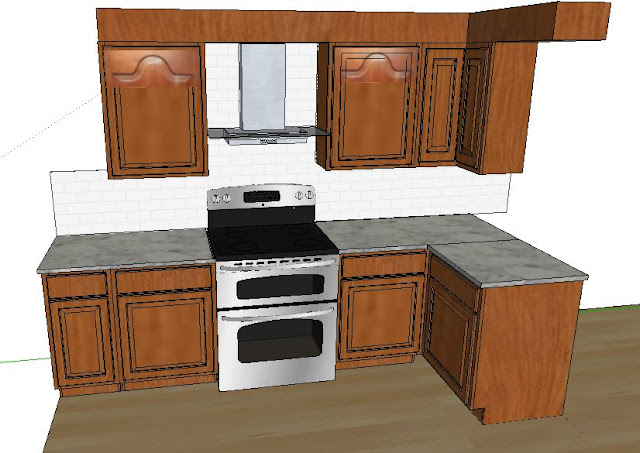 It was either the range hood above or this one. I feel like this one, with the arches, reads as country or traditional, and i'm not going to let those arches tell me what to do.

I will not pander to the arches!

We also liked the idea that you'd see more backsplash with the hood above. Notice the extended space to the left of the stove, where the trashcan cabinet would be (that he will likely make, as we are not spending $2500). Ain't nobody got time for that. 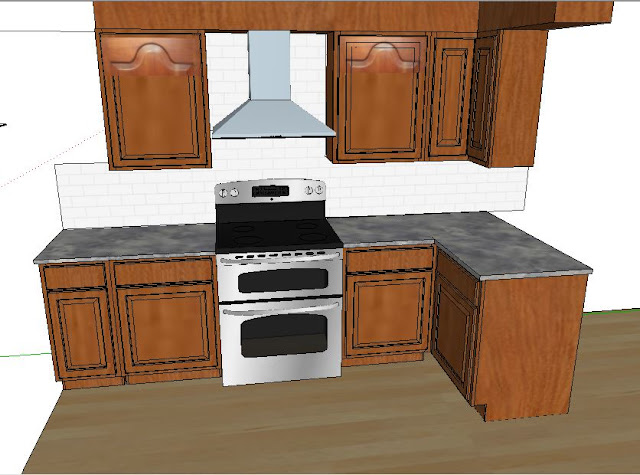 The flooring and the appliances are all ready to go. Can't wait for more!

What's your favorite thing about your kitchen?